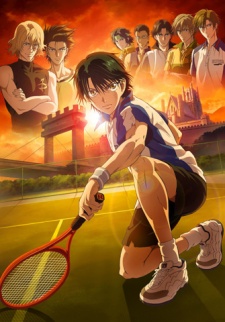 Plot Summary: Seigaku travels to England to play a tournament representing Japan but they are attacked by a group of street tennis players who were banned from playing official tournaments because of their rough play. Note: 10th Anniversary Movie of the Prince of Tennis anime.